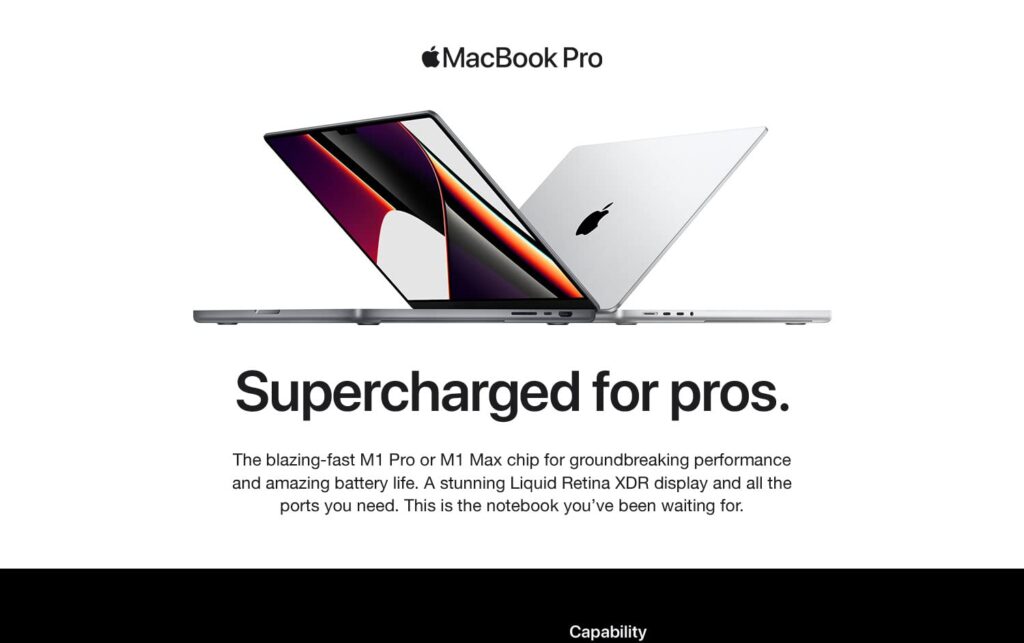 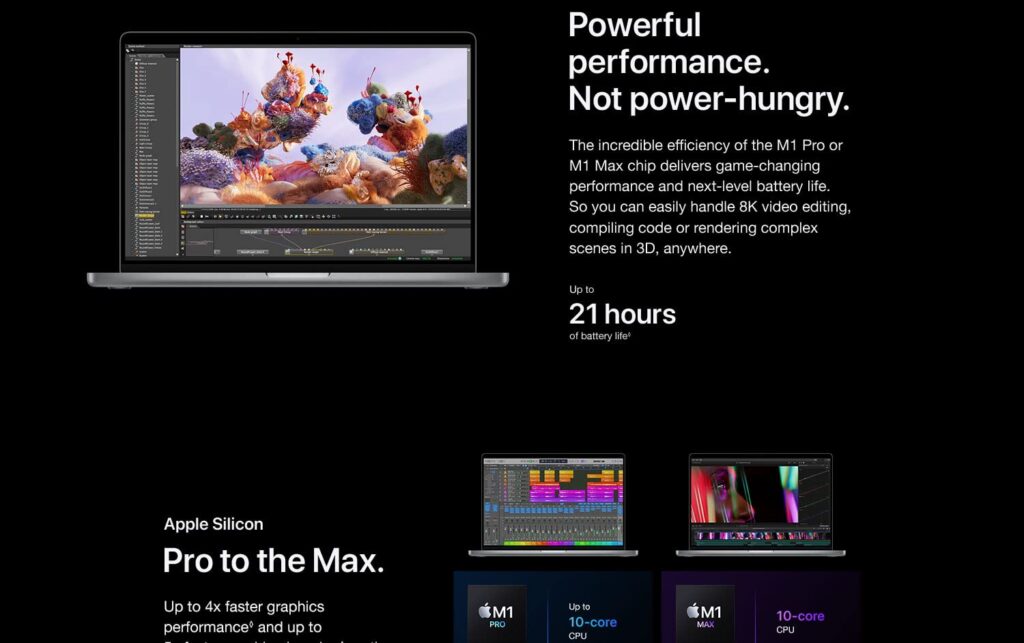 The displays on the 14-inch and 16-inch MacBook Pro have rounded corners at the top. When measured as a standard rectangular shape, the screens are 14.2 inches and 16.2 inches diagonally (actual viewable area is less).

Ready to ship in 1-3 business days

There are no reviews yet.